Calling all lovers of animals and quirky unique music. This summer join Anglo/German genre-hopping folk/pop duo Birds and Beasts and Italian/Australian psych folk singer Bity Booker on a tour across the UK.

The lyrics stand alone as relatable songs of love, loss, friendship and family; but dwelling beneath the surface are well researched stories inspired by the fascinating lives of animals.
Some of the song subjects include: a scorpions’ determined search for a partner, a family of crows mourning the passing of an elder, a young wolf leaving her family to start a new life, an ants self-sacrifice to protect the community and a hedgehog disturbed from hibernation by building works. Sometimes funny, sometimes sad but always engaging and thought provoking.

Bity Booker is an Italian/Australian psych-folk singer songwriter and illustrator based in London, UK. Her music and illustrations have a strong connection with the natural world and animals.

Bity grew up in an artistic family in the countryside in Umbria, she graduated from Art School in Italy and lived between Italy, Australia and the UK. In her teens she sang in a number of metal bands, alongside writing her own original material with classical guitar and voice.

Over the years she released a number of EPs, one album, and two illustrated song books books, ‘The Mouse Song’ and ‘Parrots in London’.

Bity’s new EP ‘Dreaming in the Morning’ (5 March 2022) was recorded in 2021 at home on a tape machine, the songs are a dreamy ode to nature, about that instant when alone with your mind in the woods, you become one with the trees and the birds and everything seems to fall into place, quietly.

Bity lives in South London, she regularly plays gigs, records her music with analogue equipment at home and illustrates at her desk while her guitar rests.

‘Both her art work and songs seem like love letters to a simple yet profound, mystical sensibility last seen in the wild in the early seventies.’ – From the Margins, February 2022.

‘Sonically, we have a wonderfully plucked acoustic guitar and Bity Booker’s voice. It’s pared down, but beautiful – like Simon and Garfunkel meets Kate Bush with added Georges Mèliés in the visuals.’ – Phonotonal, January 2022. 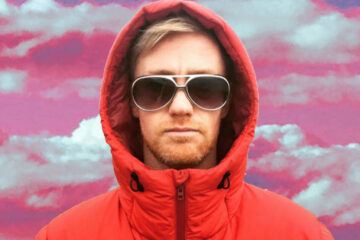 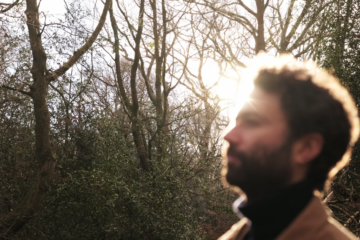 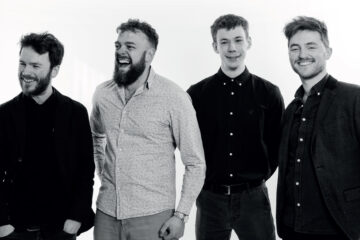