**Due to the COVID 19 epidemic this event has been cancelled. We will re-schedule if possible and anyone holding a ticket can claim a refund or use their ticket for a rescheduled date.**

His show is sure to have the place stomping to some of the finest roots, blues and rock n roll from one of the the great players in the UK today.

Fresh wood-fired pizza will be available until 21.30 from the café.

JOHN FAIRHURST…
The stand-out guitarist to have emerged from the British blues/folk/acoustic scene, a captivating storyteller, breaking out into new territory with a distinctive, gritty, vocal style and a melting-pot of musical influences.

A masterful musician and songwriter, John is recognised as one of the most creative guitarists on the circuit. Drawing inspiration from fingerpicking maestros, old school blues guitarists, North and Sub-Saharan African players and Indian masters, John references a diverse collection of world genres, blending eastern melodies with jaw-dropping guitar dexterity.

Fairhurst has been wooing the live circuit for over a decade with his astounding guitar skills, garnering a reputation as one of the hardest working musicians on the scene.
Since October 2016 John has been constantly touring, visiting The Netherlands, Poland, Belgium and The Czech Republic on his travels outside of the UK.

Acoustic Guitar Magazine USA recently hailed Fairhurst as one of the Top 3 Resonator guitar players worldwide – the only European on the list.
The Guardian described his debut album ‘Joys of Spring’ as ‘Truly exquisite’. His follow-up album ‘Saltwater’ was met with similar critical acclaim.

“Fairhurst is both a masterful musician and songwriter, who
carefully intertwines music of varying ethnicities into one roaring
whole…with a freshness that is breathtaking… Makes Seasick
Steve’s three stringed blues sound like the two-dimensional
ramblings of a penniless hobo.”
-Chris Gilliver – citylifers.co.uk 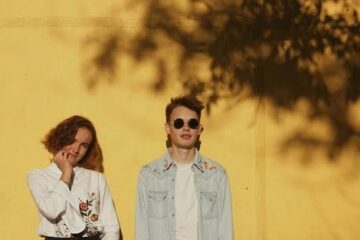 As we are still limited in capacity through social distancing this event has now SOLD OUT. Drawing from alt-country, bluegrass and the folk canon of an ‘old, weird America’, Rainy Day Woman play sparse, unhurried Read more…

**POSTPONED – This event has been postponed from 21.08.2021. Any tickets purchased for the original date remain valid. Jeb Loy Nichols is an internationally known American musician, writer and artist who has, for the past Read more… 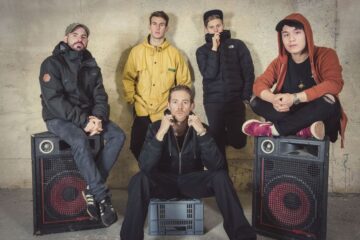 We are tentatively but excitedly beginning to announce a return to live music at The Lost ARC. Regime headlined one of the first ever big gigs we held here back in 2017, so it seems Read more…