Cambrian Records is owned and run by Rhayader local and Welsh Music Award nominee Toby Hay, and as well as releasing several of his own EPs and albums through the label Toby has been busy releasing music from other artists, using it as a platform for talent from all over the UK and Ireland.

As part of Independent Venue Week 2020, we have enlisted Toby to curate a night of live music showcasing some of the fantastic artists he has been working with.

Ailsa Tully is creating an ethereal world that is rooted in folk with darker undertones. Inspired by choral music, folk and indie her sound is haunting, tender and powerful.
Her lyrics are both honest and poetic, often exploring feminism and her experiences of being female in her writing. As a classical cellist Ailsa has an unusual approach to song writing and arranging; originally she performed using the cello to accompany her voice but has recently turned to the electric bass to explore a different tone.
Ailsa has an all-female band which bring her song writing to life, from modal harmonies and driving rhythms to tender emotive melody lines. Ailsa has been featured on BBC radio Wales many times, toured Italy, performed at festivals and venues throughout the country, including Green Man and Ronnie Scotts.

Pillow Talk are a duo from Cardiff and Bristol, making new improvised music with Saxophone and Double Bass.

David Ian Roberts is a talented singer songwriter who writes introspective and captivating songs in the folk tradition. His Album ‘Travelling Bright’ was released by Cambrian Records to critical acclaim in 2019.

Toby Hay is an instrumental guitarist whose playing is both mesmerising and beautiful. Toby’s music is highly evocative and takes influences from folk and jazz traditions, inspired by history, landscape and the beauty of nature. He has released 2 critically acclaimed albums and several EPs through his Cambrian Records label and was nominated for the Welsh Music Prize in 2017 for his album The Gathering.

A selection of Cambrian Records releases will also be available to purchase on CD and Vinyl at the event. 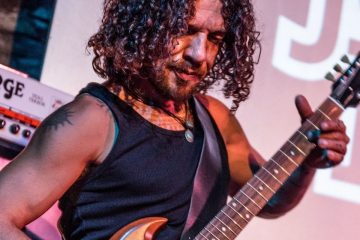 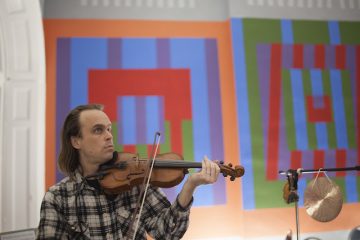 The spirited musician and multi-instrumentalist Peter Broderick returns with a surprising release of totally different proportions. ONE HEAR NOW is a response to a series of colourful murals called One Here Now: The Ogham Cycle, by the celebrated Read more…

Presented by Gobbledigook Theatre and The Flanagan Collective, Orpheus is an ancient story of love and loss and adventure. A story of this world and the next. Of how far we’d go for the people Read more…